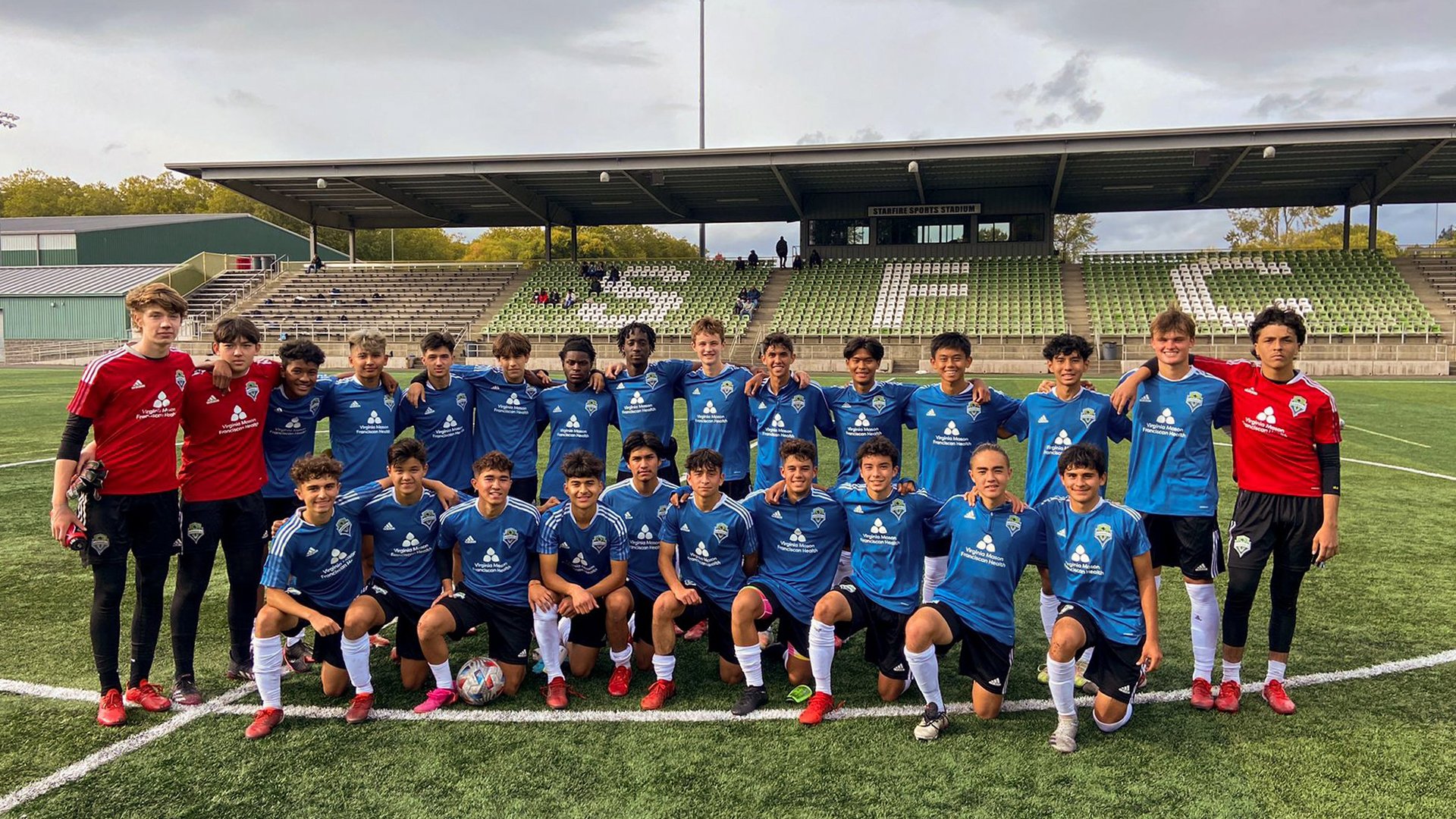 Congratulations to Zyan “Slim” Ha-Ahu (2007B) and S. Parker Patterson (2006B) on being selected to trial with the MLS Academy – Seattle Sounders FC in Seattle, Washington this past October. Slim and Parker were two of six Hawaii players selected for the trials with three others coming from Hawaii Rush Maui and Oahu.

The 2005-2007-born players earned the opportunity to compete for a roster spot after impressing Seattle Sounders FC Academy Director, Gary Lewis at the Hawaiian Football Showcase of Talents held in July 2021 on Maui by the Hui Kanaka Pōwāwae (“Hawaiian Football Federation”).

The elite player program and high-performance pathway to experience the professional football environment was provided by Kanaka Pōwāwae and the Seattle Sounders FC at no charge – excluding the cost of travel – based on the program’s founding principle that player identification and development should be free.

My first impression of training with Coach Ian and Gary was that they are extremely knowledgeable about the game.  They know how each position should be played properly, the intensity of each moment, and the small details that make the difference between a good player and a great player.

Coach [Ian] is very helpful and encouraging. He answered some questions I had about the Seattle Sounders trial.  He told me some things I could work on tactically, and how to work on them.  Next, he told me that the hardest part would be mentally, and don’t get caught up in your head too much.  When I gave him a call he was encouraging and pushed self-confidence.  When I got to Seattle his words of encouragement helped me perform better because when I got on the field I was confident and more relaxed.

A member of the Confederation of Independent Football Associations (CONIFA), Hui Kanaka Pōwāwae is a Hawaiʻi nonprofit organization that works to help elevate the game of football and improve the overall well-being of players and their futures.  Its National Teams (Nā ʻĀlapa Hawaiʻi) were created to cultivate national identity through the sport of association football and futsal.  Its cooperating partners – the Hawaii Soccer Federation and Hawaii Futsal on Maui, Kauaʻi, and Hawaiʻi Island; and Major Island Soccer Organization, Junior League on Oʻahu – collectively serve over 5,000 youth football coaches and players through indoor and outdoor leagues, programs, tournaments, and events.

We are the Big Island’s largest competitive soccer club, located in Hilo, Hawaii. We strive to provide the best opportunity for your player to learn and grow to reach his or her maximum potential in the game of soccer. Learn More